A 33-year-old pregnant woman has died after California authorities say a suspected drunken driver swerved into oncoming traffic and caused a head-on collision.

Eddie Escobedo, 43, of Hesperia, was driving a black Ford Explorer northbound on the highway, deputies said.

Andrew Rudy, 36, of Orange, and his wife, Nicole Rudy, were driving a Toyota Corolla southbound on the highway, according to the release.

Rudy was “35 weeks pregnant and was sitting in the front passenger seat of the Corolla,” according to the release.

Escobedo drove his SUV into the oncoming lane and crashed into the Corolla in a head-on collision, deputies said.

All three participants in the accident were taken to the trauma center with injuries, according to the release.

Escobedo and Andrew Rudy “suffered serious injuries as a result of the crash,” deputies said. Nicole Rudy and her unborn child were later pronounced dead.

Deputies said they were later able to determine that Escobedo was driving drunk at the time of the crash. He was booked into the West Valley Detention Center.

He was charged with intoxication manslaughter and is being held on $100,000 bond, deputies said.

Deputies are asking anyone with information about the crash to call 760-947-1500.

Hesperia is about 80 miles northeast of Los Angeles.

If you or someone you love is showing signs of a substance use disorder, you can get help by calling the national helpline at 1-800-662-4357 or find treatment with SAMHSA online locator. 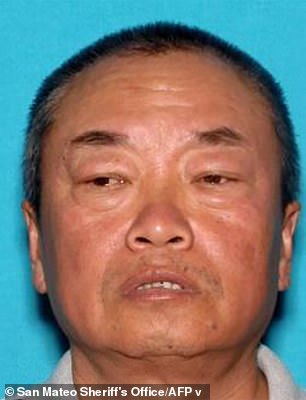