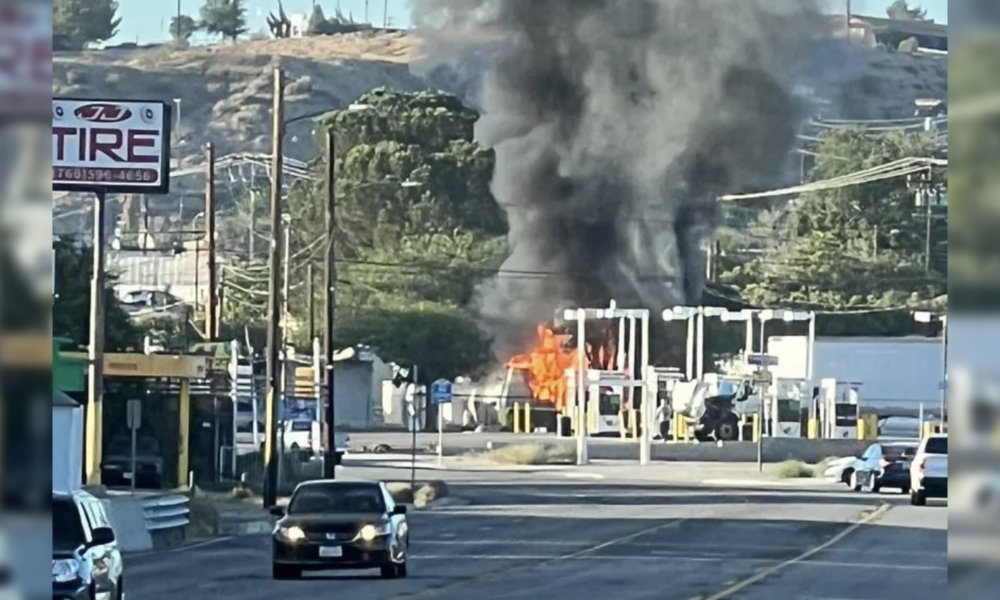 VICTORVILLE, CA (VVNG.com) – A firefighter received hand burns while fighting a fire in the city of Victorville.

Firefighters who arrived at the scene found two mobile homes that were well engaged. Firefighters launched an offensive attack, extinguishing the fire in both buildings and defending neighboring houses.

Public Information Officer Sue Jones said a firefighter received burns on both hands while putting out the blaze.

“He was assisted at the scene by Victorville Fire Department paramedics and taken by AMR to a local burn center,” Jones said. “Our firefighter was cheerful, stable and in a good mood. He managed to contact his family before being taken to the hospital. “

The firefighter is expected to recover quickly and return to work.

The cause of the fire and the factors that contributed to the injuries are being investigated.