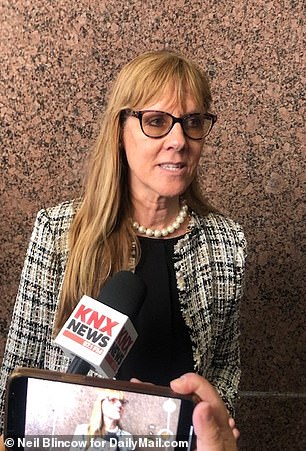 Blac Chyna has accused the judge in her $108 million lawsuit against the Kardashian family of ‘extreme bias’.

Chyna, 34, is filing a peremptory challenge against Judge Gregor Alarcon of the Superior Court of Los Angeles, according to People.

On May 2, the jury of seven women and five men in Chyna’s lawsuit found in favor of the Kardashian family. This meant that Chyna received no damages in the case

Under California law, civil trials require at least 9 jurors to vote in favor of a verdict.

Chyna accused the family of poisoning the E! network against her which resulted in the cancelation of her reality show, Rob & Chyna.

A peremptory challenge  to replace a judge can be filed just once by either side during a litigation under California law.

According to state law, in order for the challenge to be granted, proof of conflict of interest, bias, financial interest, personal knowledge of facts, and relationship to a party of attorney,  against a judge is required.

If the challenge is successful, the judge will be removed from the case. Both Chyna and her lawyer have said they will appeal the verdict of the original lawsuit. 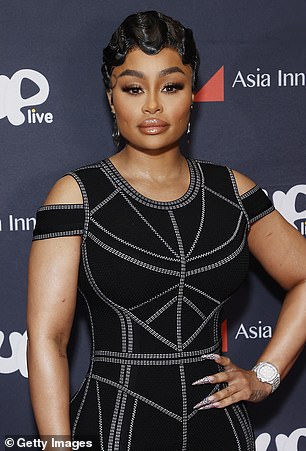 Chyna’s lawyer Lynne Ciani says that Judge Gregory Alarcon of being ‘undeniably hostile and extremely biased.’ Shortly after being ruled against in her defamation lawsuit against the Kardashians, Chyna is facing investigation for an altercation inside of a Los Angeles bar 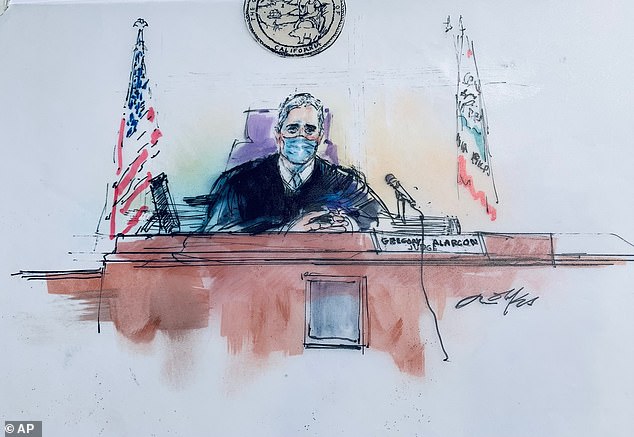 Judge Gregory Alarcon has been serving on the bench for close to 30 years. Prior to that he was the Deputy Attorney General for the State of California 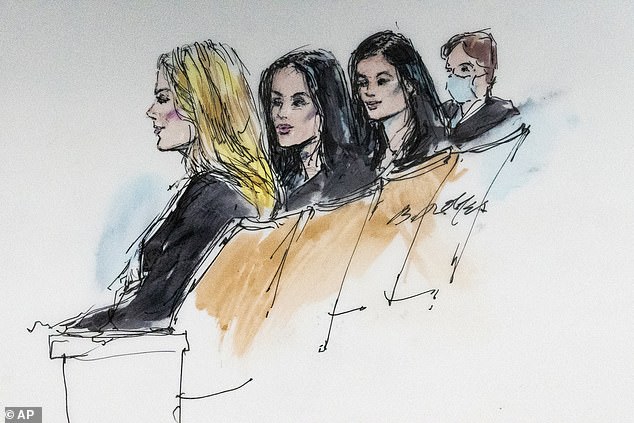 (L-R) Khloe Kardashian, Kim Kardashian, Kylie Jenner and Kris Jenner were seen in a courtroom sketch attending the legal proceedings on April 19. The family attended most of the proceedings during the case but were not present when the verdict was read out as they were in New York City to prepare for The Met Gala

One E! executive maintained during the trial that Chyna’s show was canceled because she split from Rob Kardashian during filming. The couple has a child together, Dream Renee Kardashian.

In the latest legal documents, Chyna accuses Judge Alarcon, of being ‘undeniably hostile and extremely biased,’ according to TMZ, citing legal documents.

The challenge goes on to accuse the judge of having a bias against Chyna’s lawyer, Lynne Ciani, reports People Magazine.

Judge Gregory Alarcon has been serving on the bench for close to 30 years. Prior to that he was a Deputy Attorney General for the State of California, a Deputy District Attorney for Los Angeles, and an Assistant United States Attorney for the Central District of California.

Chyna specifically cites the judge’s jury instructions as evidence of bias in the case.

In his instructions, Alarcon told the jury to consider the messages that Khloe Kardashian, Kylie and Kris Jenner, had exchanged with E! executives between 2016 and 2017.

In one such email, Kris Jenner said that Chyna ‘beat the s**t out of Rob.’

This was after the judge threw out the part of the lawsuit that accused Kim Kardashian of wrongdoing.

All four of the women testified during the nine-day trial.

None of the aforementioned members of the family were present when the verdict was read out. 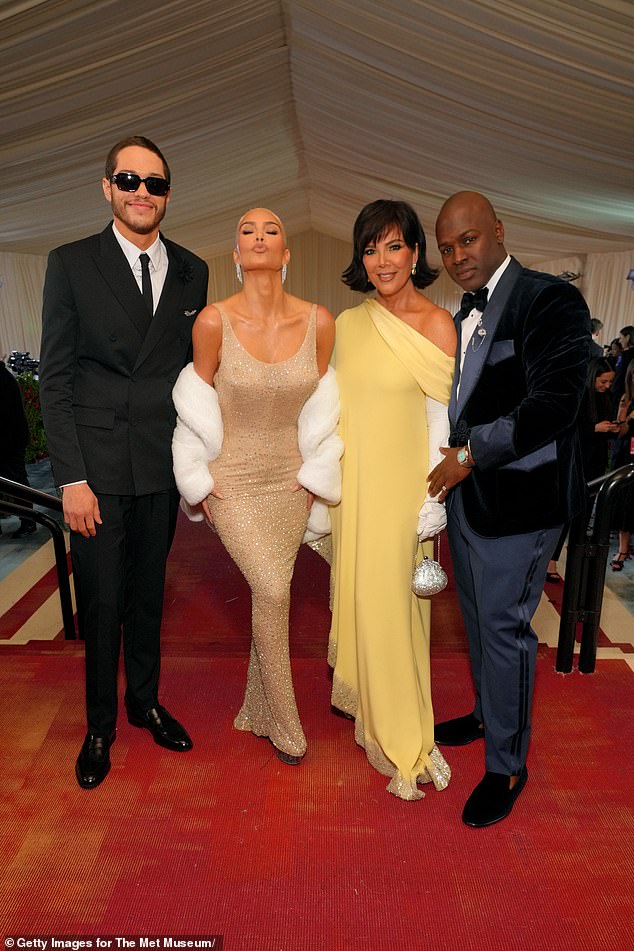 Pete Davidson, Kim Kardashian, Kris Jenner, and Corey Gamble arrive at The 2022 Met Gala in the wake of the verdict in the lawsuit. Jenner told the media that prayer helped her to deal with the stress of the trial 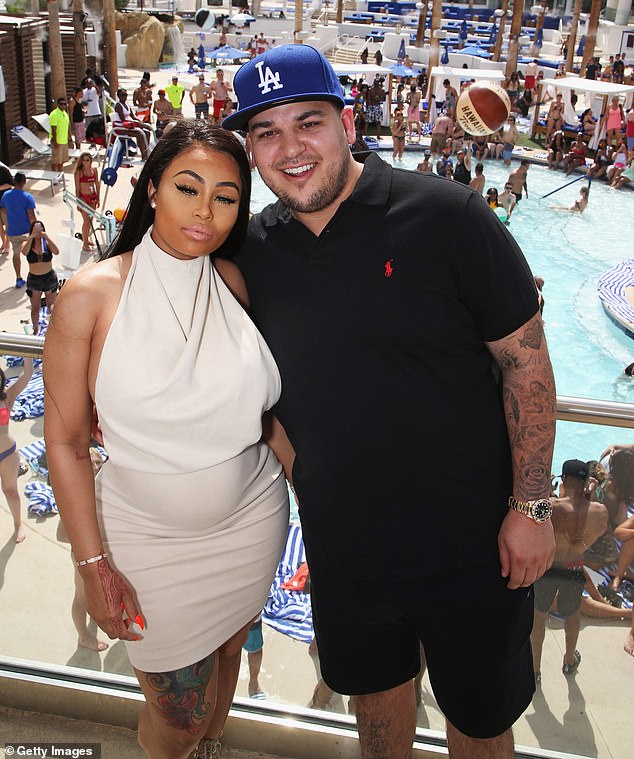 After about 10 hours of deliberations, the jurors decided on the long jury form that the Kardashians often acted in bad faith, finding that they were not justified in telling the executives and producers of Rob & Chyna that Chyna abused their son and brother Rob Kardashian; Chyna and Rob Kardashian are seen together in Las Vegas in May 2016

The family was in New York City preparing for the Met Gala.

Kris Jenner told Variety on the red carpet at the Met Gala after the verdict was handed down, ‘I’m just happy it’s over.’

During the trial, the judge also banned Chyna’s mother, Tokyo Toni, from of the courtroom due to the latter’s social media posts.

Shortly after the ruling was handed down in the case, Toni launched a GoFundMe page to help to fund her daughter’s appeal. The goal of the page is $400,000.

The jury in the case did not exonerate any members of the Kardashian family. The remarks said that the Kardashians may have acted in bad faith in relation to their behavior towards Chyna.

However, these actions did not have any impact on E!’s decision to discontinue Chyna’s reality show, the jury said in their ruling.

In the trial, the jury heard that members of the Kardashian clan had contacted E! executives and accuse Chyna of being physically abusive to Rob Kardashian. 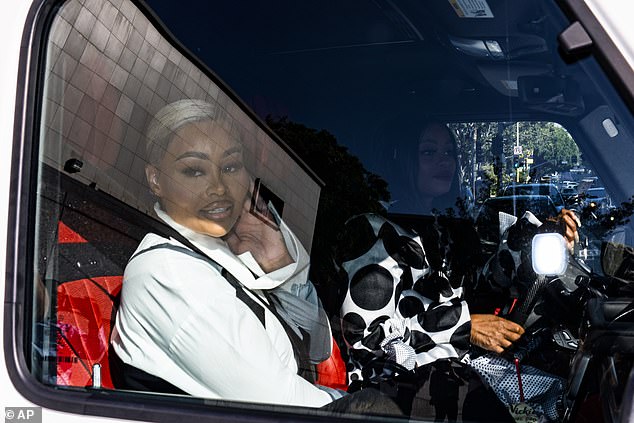 In response to Chyna and her lawyer’s allegations of bias, the Kardashian’s attorney Michael G. Rhodes noted that the pair still continued with a 10-day trial without mentioning their misgivings

Ciani maintained that Chyna would be appealing the verdict telling reporters outside of the courthouse after the initial ruling, ‘We will appeal the remainder of this verdict.’

Among those who testified during the trial regarding Chyna’s alleged physical abuse of the father of her child was Kris Jenner’s boyfriend Corey Gamble.

Gamble said that he saw Chyna hitting Rob Kardashian with a rod during an altercation at Kylie Jenner’s house in December 2016. 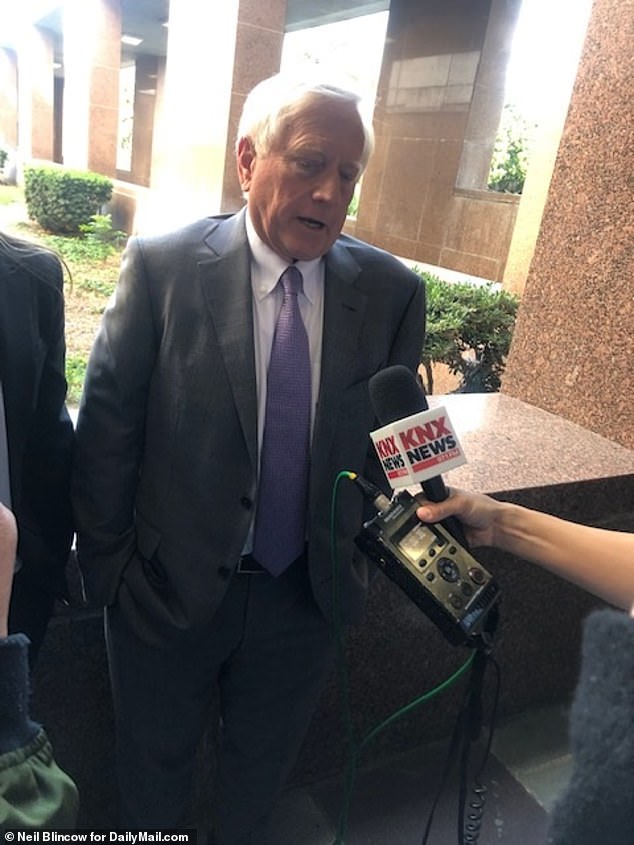 Michael G. Rhodes, the lawyer for the Kardashian family, has called Chyna’s latest claims of bias as ‘baseless’

He added: ‘She was hitting Rob and I got in the middle and got hit too. I had to try to get her attention on me so [Rob] could get his belongings and get out of the house. I could smell the alcohol on her.’

Rob Kardashian alleged in his testimony regarding that night that Chyna had pointed a gun at his head. He said: ‘You don’t point a gun at your fiance’s head whether you think it’s loaded or not.’

In her appearance on the stand, Chyna defended her actions during her relationship with Rob Kardashian.

Speaking about an incident where she wrapped an iPhone cord around his neck, Chyna said that she was ‘just being silly.’ 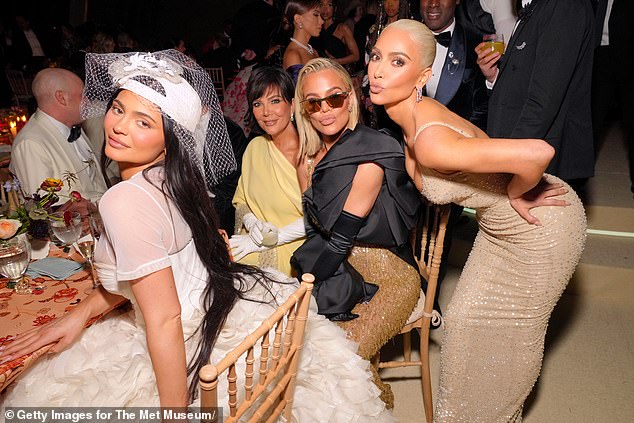 Kylie Jenner pictured with her sisters Kim and Khloe as well as their mother during the Met Gala. Their lawyer said in the aftermath of the verdict: ‘I hope they enjory their gala in New York.’

Ciani continued: ‘The jury found that all four defendants had intentionally interfered with her contract with the E! Network.’

The Kardashian’s lawyer, Michael G. Rhodes, has filed an opposition to the Chyna’s latest effort noting that the rapper and Ciani ‘nonetheless proceeded without complaint as Judge Alarcon presided over a 10-day trial’ despite these feelings of bias.

Rhodes called the new filings a ‘baseless effort to save face after losing at trial.’

Rhodes goes to say that Chyna and Ciani had ‘ample time’ to raise their issues regarding the judge’s conduct during the trial. He also said that Ciani should be ‘sanctioned’ in response to her allegations against Judge Alarcon, reports People.

In the trial, the Kardashian matriarch accused Chyna’s threats of violence of going beyond her son.

Jenner said that Chyna threatened to kill Kylie Jenner during the time when she was with Chyna’s ex, Tyga.

When questioned by Lynne Ciani, Jenner was asked about messages she exchanged with E! executives in which she referred to Chyna as ‘stupid’ and ‘really ghetto.’

Jenner also allegedly said that E! should ‘ditch the b****h.’

While she didn’t admit to saying those specific things, Jenner said might say things like that depending on what was going on Chyna and Rob Kardashian’s relationship.

Jenner added: ‘But I really wanted Chyna to grow and be the best version of herself.’

In her closing argument, Ciani argued that it was unreasonable for the four women to have believed that her client violently attacked her former fiance Rob Kardashian.

‘He didn’t have a mark on him,’ Ciani told jurors. ‘There was no call to the police, no trip to the hospital, not even a Band-Aid.’ 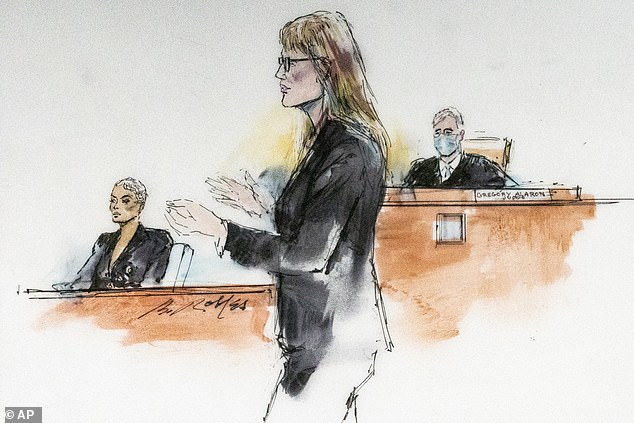 Rhodes argued during his closing that the women had every reason to believe the accounts of the attack from Rob Kardashian and from Kris Jenner’s longtime boyfriend Corey Gamble, who arrived at the scene and broke up the dispute.

‘Do you remember how Rob looked on the stand? His pain was real,’ Rhodes said. ‘This is a real family. Yeah, they’re famous, but they’re real people. He got really badly hurt here.’

Last week, Chyna’s legal woes got worse when a woman named Sequoya King accused her of assault on May 6.

Chyna is alleged to have accused King of making a recording of her inside of a Los Angeles bar.

As a result, King said that Chyna ‘damaged her phone and kicked her in the stomach,’ according to TMZ. The site says that Chyna is under criminal investigation for battery in the case.

0
Previous post The road is warmer!
Next post Police have released images of a man who robbed Davis Bank