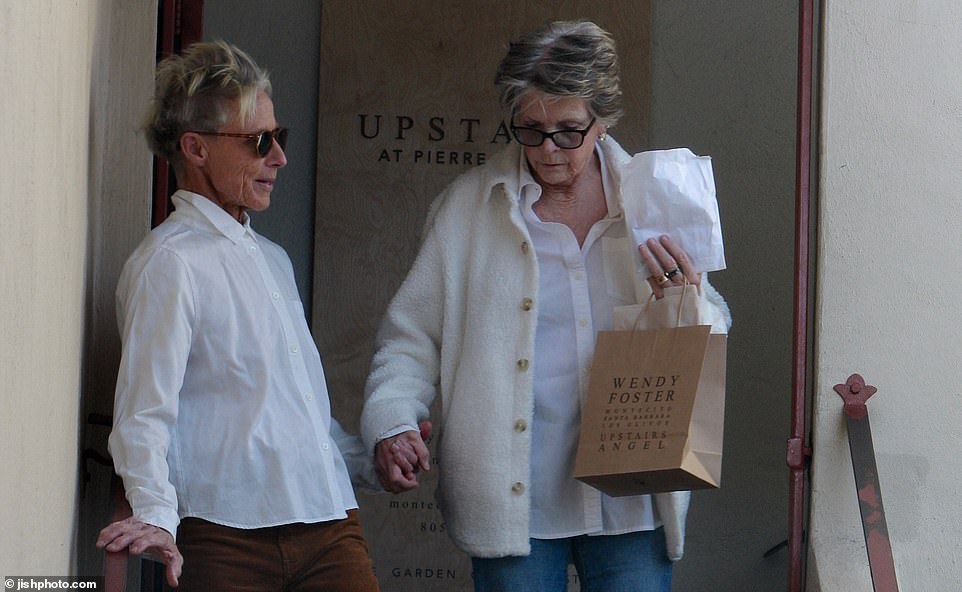 Meredith Baxter’s fourth trip down the aisle turned out to be a love affair. The 75-year-old actress, best known for her role as Elise Keaton on the 1980s sitcom Family Ties, held hands with her wife Nancy Locke (pictured left) as they shopped in Montecito, Calif., on Sunday. 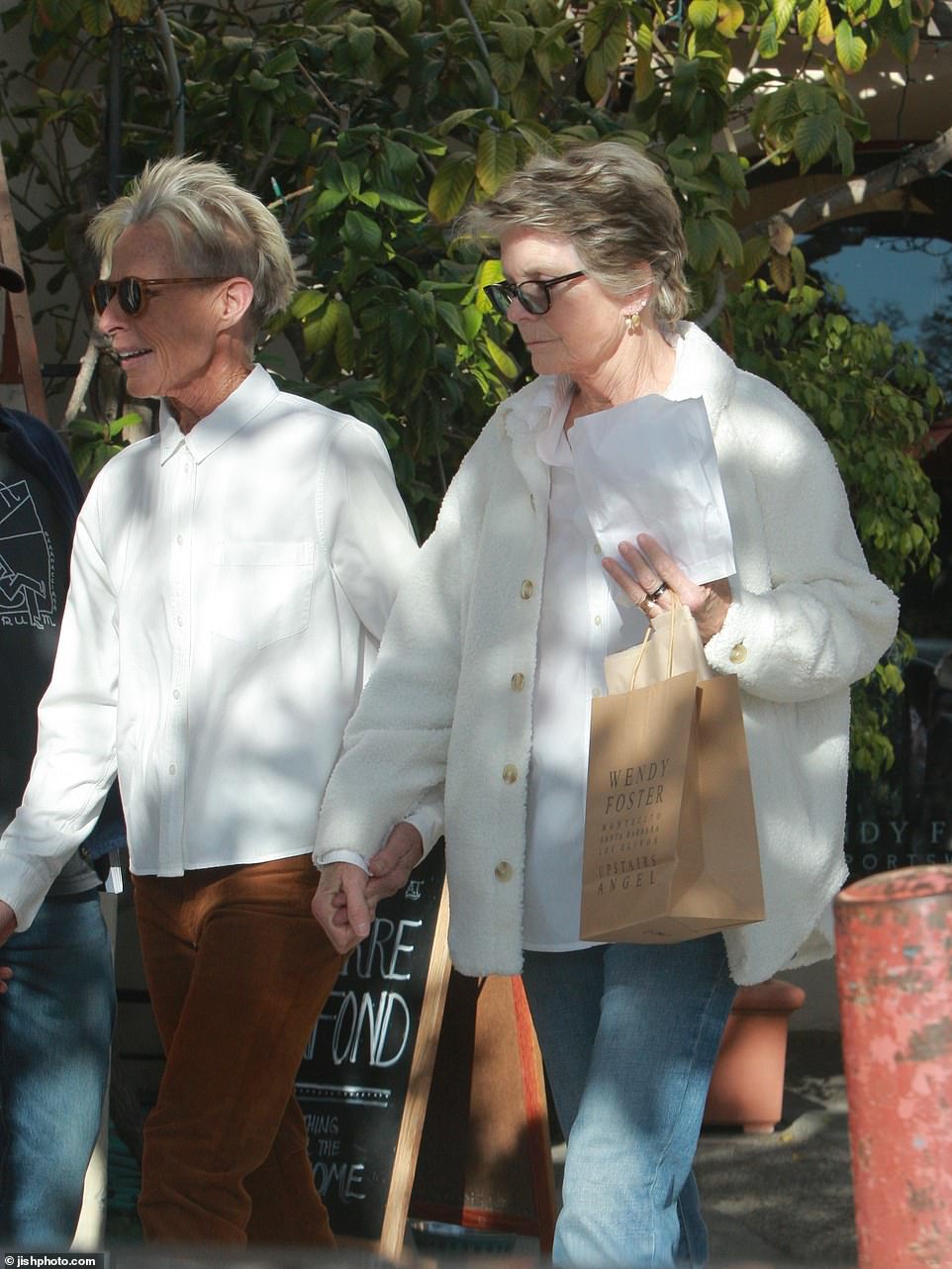 They were almost identical as they both wore white button up tops, Meredith in blue jeans and Nancy in brown. They even have similar short peppered hairstyles. 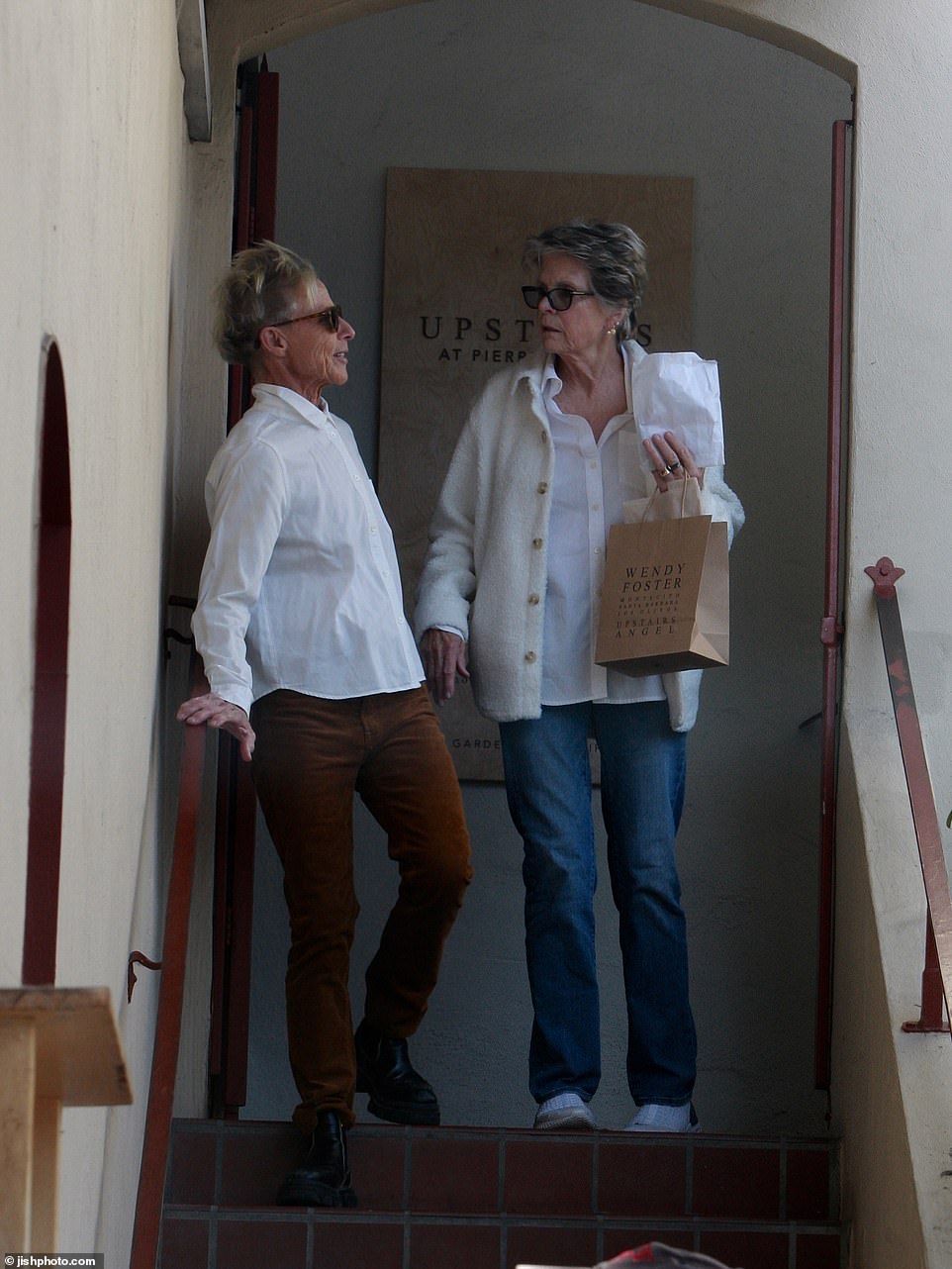 An onlooker tells DailyMail.com: ‘The tiled stairs are slippery and steep. Nancy took Meredith’s hand and helped her down as she was carrying two bags. Later, Nancy watched her wife try on several sweaters and jackets in the sportswear department and gave her input. They seem very happy with each other.” 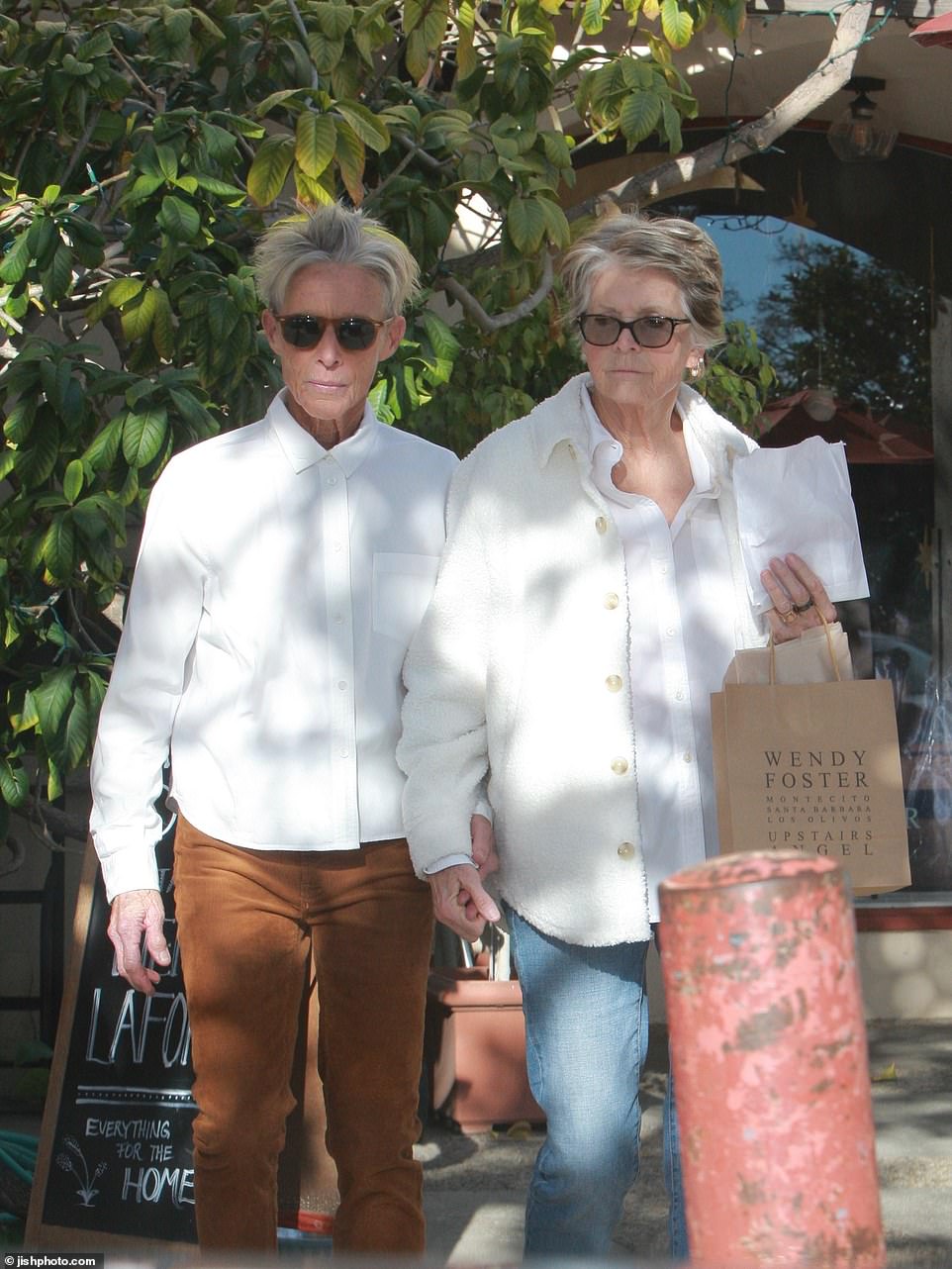 After a quick snack at the bakery, they left in Meredith’s white SUV. On Dec. 15, the couple will celebrate their nine-year anniversary since meeting two decades ago when Meredith was called in as Nancy’s “sobriety coach.” The path to true love was not easy for Meredith. She was married to Robert Bush from 1966 to 1971, and they have a son, Ted, 55, and a daughter, Eva, 53. 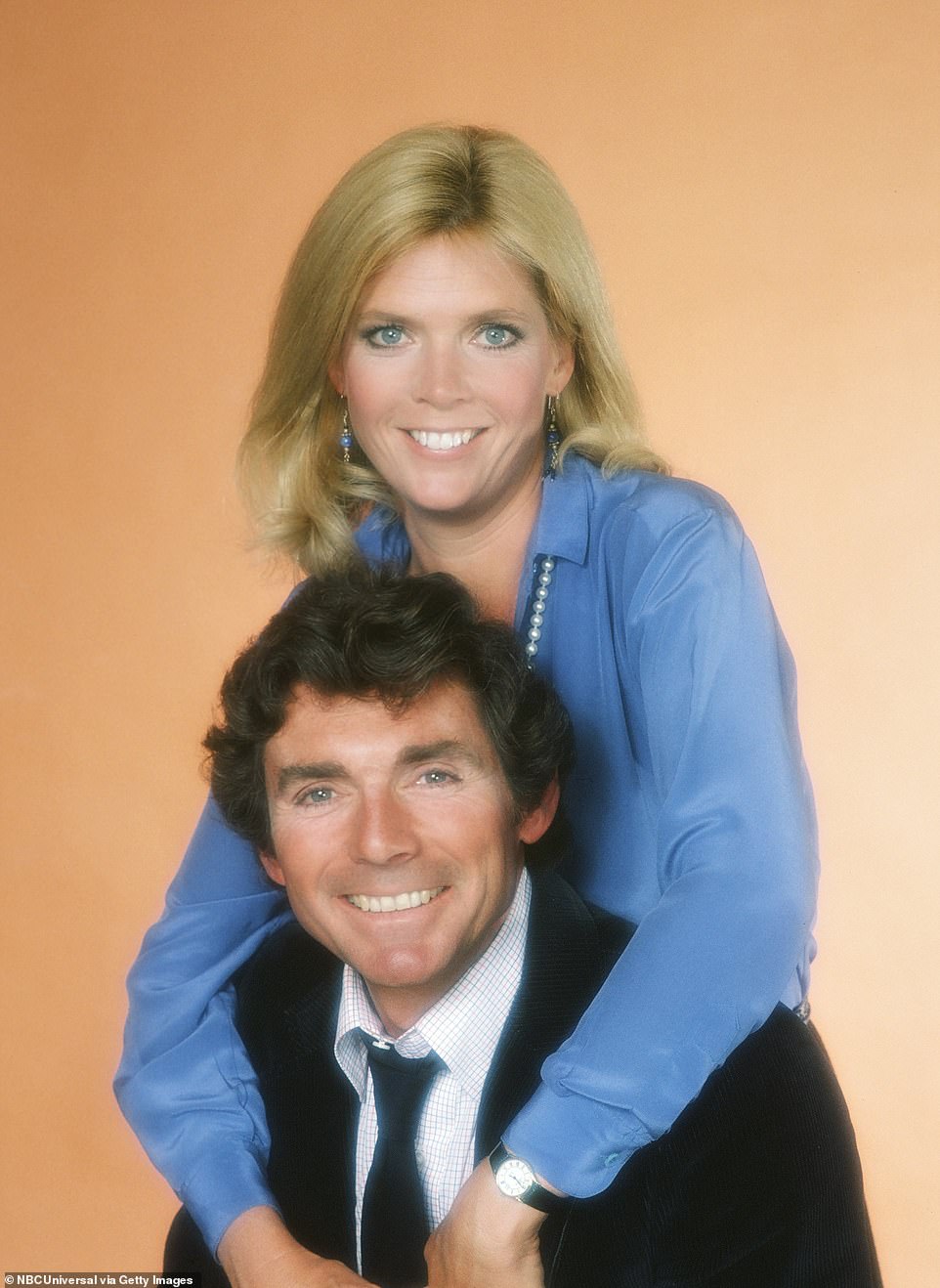 Her second marriage to Bridget Loves Bernie co-star David Birney (pictured with Meredith) lasted 15 years and they had three children: Kate, 47, Molly, 38, and Peter, 38. In her memoir, Untitled In 2011, she wrote that she was the victim of emotional and physical abuse by David. Meredith says he hit her more than once. “It was so sudden and unexpected. I couldn’t tell which hand hit me or even how hard. I remember thinking: I’d better not get up because he’s going to hit me again,” she wrote. She admitted she turned to alcohol as a coping mechanism, but says she has been sober since 1990. David Birney denied the allegations at the time of the book’s release. 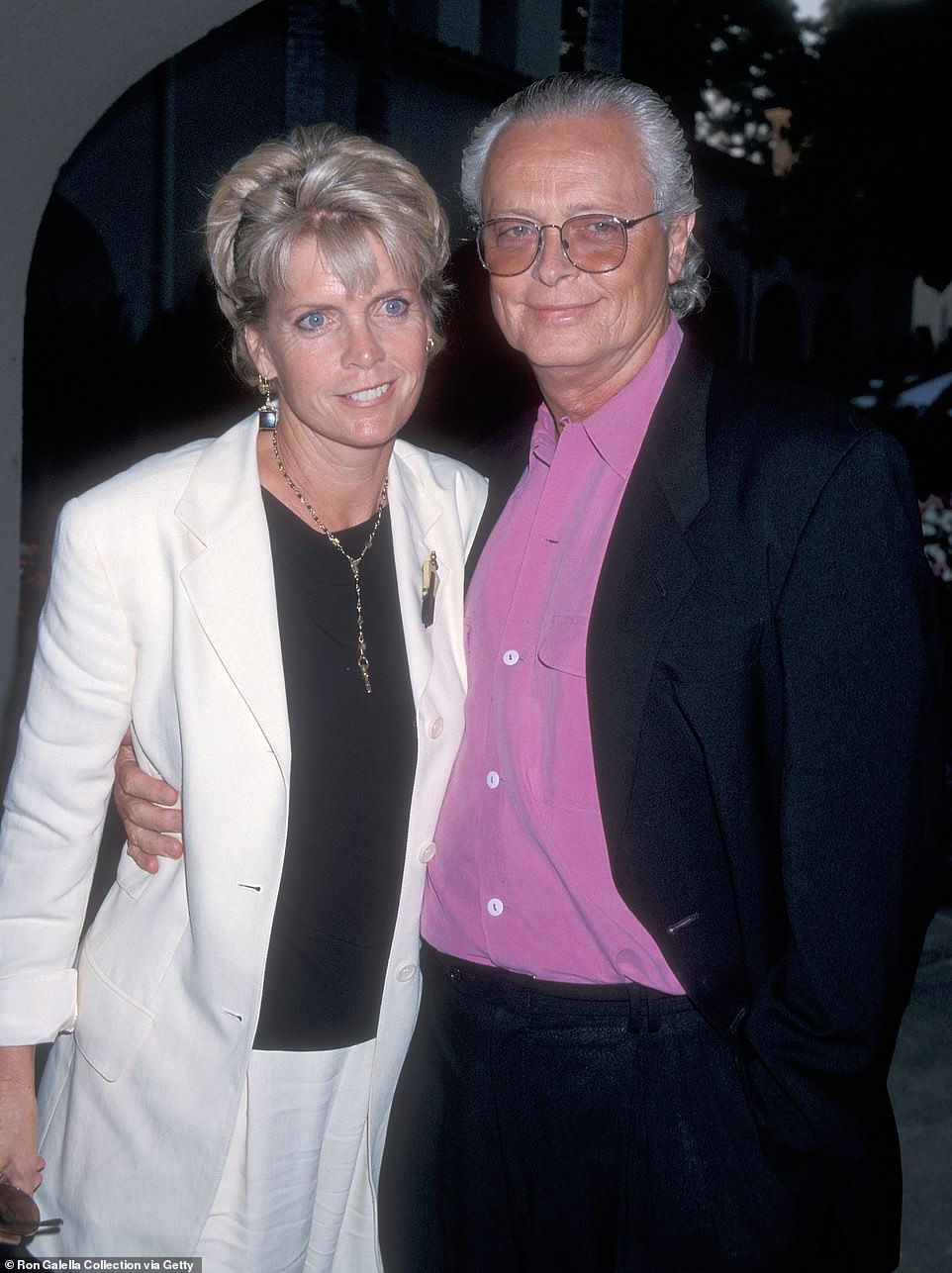 Her third marriage to Michael Blodgett (pictured) lasted five years and ended in 2005. A friend recommended Meredith to help Nancy with her sobriety, and after meeting over the phone, they met in person at a local Starbucks and fell in love. . They kept their romance under wraps for years before photos surfaced of their gay cruise in 2009. 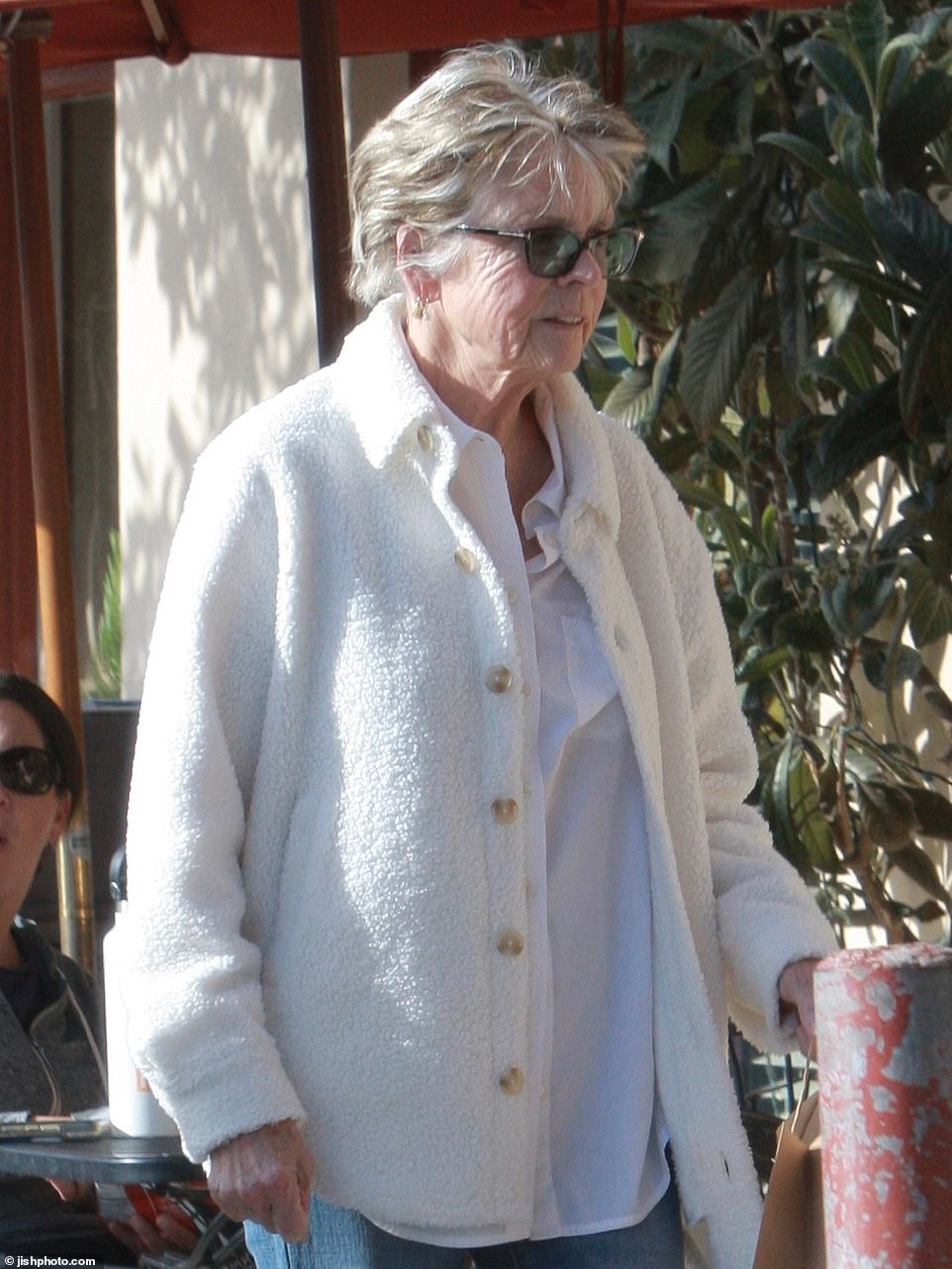 In 2013, they exchanged vows at Meredith’s Santa Monica home in front of friends and family. Meredith said she never lived a lie or pretended to be straight all these years before she met Nancy. “I’m a lesbian, and it was an admission of that fact later in life,” she told NBC Today in 2009. 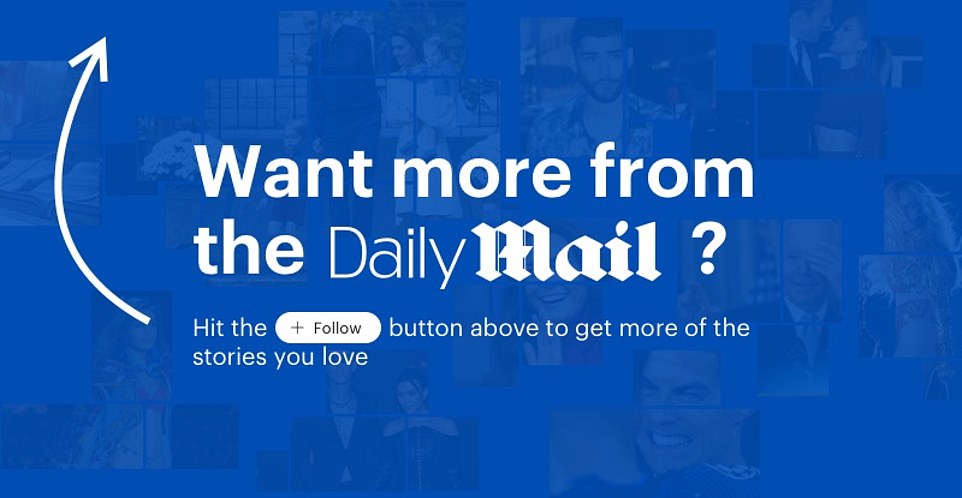 Want more stories like this from the Daily Mail? Visit our profile page here and click the follow button above to get more news you need.