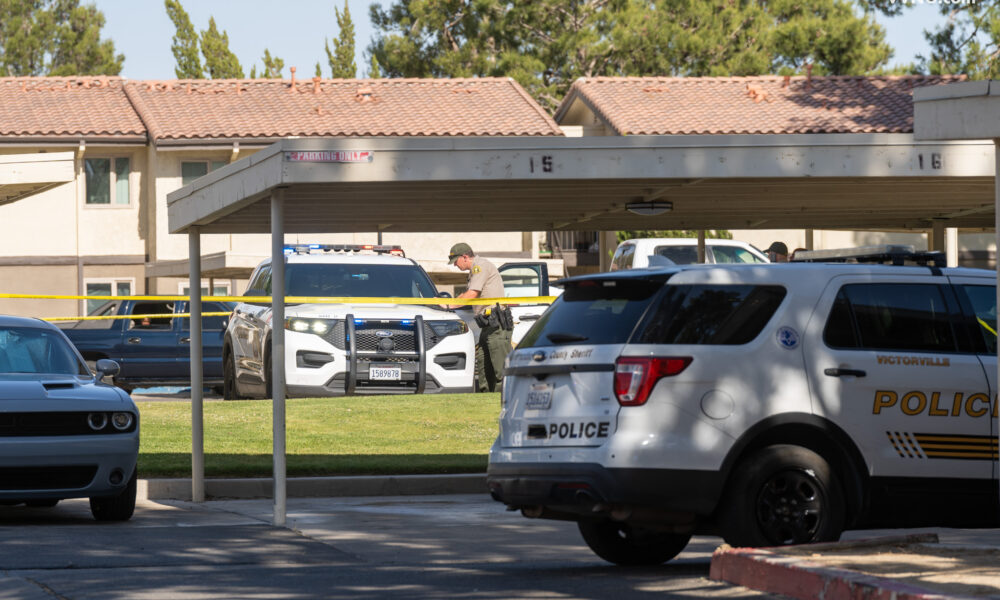 VICTORVILLE, CA (VVNG.com) – A man stabbed in the apartment of Sherwood Villa was taken to the emergency room.

Victorville City Fire responded to the scene and asked the helicopter to land in Hook Park, and the man was then airlifted to the emergency room.

Sheriff’s officials said the victim received several stab wounds and the suspect fled the scene before deputies arrived, but was later found.

Deputies tried to stop the movement, but the suspect did not give up, and the chase began. The suspect collided with another vehicle and was eventually taken into custody. The chase stopped at Highway 395 near Cactus Road. His booking information was not available for publication.

The Victorville Police Department is conducting an investigation into the incident.