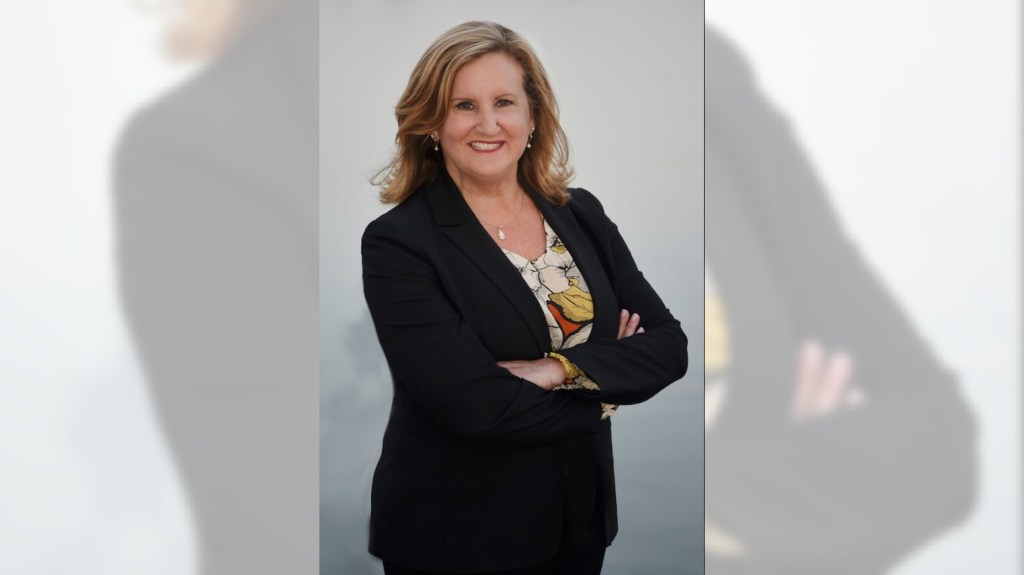 The next president of the private Catholic campus will be a financial services consultant who has been associated with St. Anthony’s High School since 2005.

Long Beach High School, which is celebrating its centenary this year, announced it had nominated Christine Tucker as its next president on Monday, May 16, about four months after its former head left for Mother Day despite Duration of office. year

“We look forward to the collaboration of St. Anthony’s Community with Tucker,” said Tom Gaspar, Los Angeles’ regional head of Catholic schools, “as it builds on its great heritage and continues its growth trajectory to shape and serve the saints in the years to come.”

Tucker will replace former leader Michael P. Brennan, who has held the post for a long time President Gina Maguire after she retired last year.

Brennan’s stay in St. Anthony was short-lived: he entered a private school in Long Beach after Maguire retired in June and left in January to become president. High School Mater Dei Santa Ana. His departure shocked the St. Anthony’s School Advisory Board, which sought to maintain consistency after Maguire’s 20-year tenure.

Meanwhile, Tucker has his own long history with St. Anthony, dating back to 2005, she said in an interview Monday.

While working with the Long Beach Junior League, Tucker met Maguire – and they quickly became friends.

“She (Maguire) was the president of the school and asked if you would be at all interested in coming and helping me?” said Tucker, whose experience is in financial services and marketing. “So I volunteered, and it was because of this relationship that I developed with her.”

Tucker spent about eight years of her childhood in Long Beach and a native of Southern California, but she was unfamiliar with St. Anthony until Maguire called her for help.

“I fell in love,” Tucker said of her first visit to St. Anthony’s campus.

What began as a volunteer position, Tucker said, eventually turned into a part-time job as a development officer. Tucker even enrolled her son in St. Anthony – he graduated in 2018 – and she has served on the School Advisory Board from time to time, with her last appointment as Deputy Board Chair in 2019.

“I’ve worked in financial services my entire career,” Tucker said. “But I stayed in touch (with St. Anthony) all the way.”

Tucker’s role as president will effectively reflect the duties of the CEO, she said. While the director of St. Anthony manages the academic community, including the affairs of students and faculty, the president is responsible for managing the school’s end-to-end business operations and financial solvency.

Tucker will also manage relations with donors, alumni and the public.

“I’ve worked in finance all my career – and translating those skills of sales, marketing, strategic planning, business development into this environment is very exciting,” Tucker said. “It allows the principal to be a professional who stimulates interaction with faculty, staff and students, while I bring the business side of it.”

Tucker has several priorities for St. Anthony when she begins her turn as president, she said.

“The first is the hearing – as the highest audition tour,” Tucker said. “I want to listen to our school leaders, students, faculty, donors and alumni, and really understand more than they are passionate about, and just dodge some of those things.”

Second, Tucker said, to dive into the project of the complex of 21st century sports grounds of St. Anthony – 9.6 acres of field on Clark Avenue, where the school’s sports program will be located. School smashed the ground on the project last year after more than a decade of planning.

“It’s going to be a big project that I need to get involved in right away and really understand where we are,” Tucker said. “It’s no less important.”

And, Tucker said, planning for the next school year – which is fast approaching – will also be on her list.

“I am very impressed with St. Anthony’s mission and the fact that it promotes young men and girls,” Tucker said. “And I’m thrilled with this opportunity to now head the school after all these years of starting as a volunteer, then a parent, and then remaining a board member.”

Tucker is finishing his last two weeks in financial services – and will begin his new job as president of St. Anthony on June 1st.