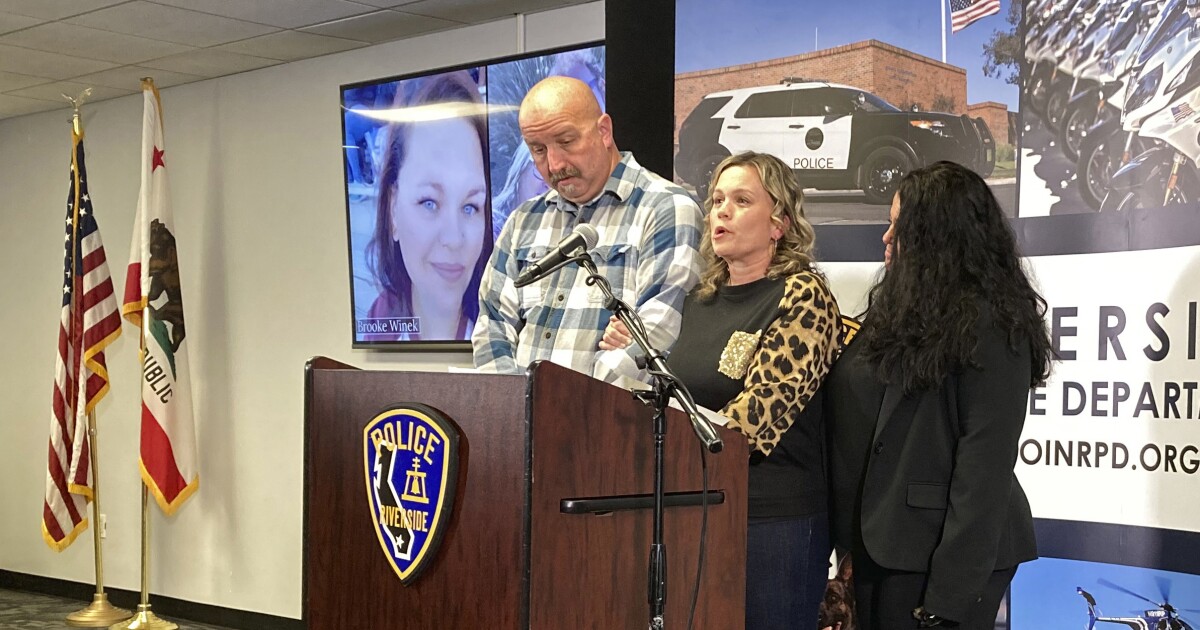 RIVERSIDE, Calif. (AP) — A Virginia sheriff’s deputy posed as a 17-year-old boy online and asked a California teenage girl for nude photos before driving across the country, killing her mother, grandparents and setting their house on fire, authorities said. Wednesday.

Austin Lee Edwards, 28, took his own life Friday during a shootout with San Bernardino sheriff’s deputies. Family members and police said at a news conference Wednesday that a 15-year-old girl from Riverside, Calif., was rescued and is being treated for her injuries.

Edwards, a resident of North Chesterfield, Virginia, appears to have posed as a teenager online to engage in a romantic relationship with the girl and obtain her personal information by tricking her with a false identity known as “catfishing,” police said.

Authorities did not provide further details about their communications and said they still need to comb through their online accounts. Officials are investigating whether he has victimized other minors across the country.

It’s also unclear if this was the girl’s first in-person encounter with Edwards or if she knew he was coming to California, officials said.

Riverside Police Chief Larry Gonzalez said because of the girl’s young age and injury, it will take time to complete interviews with her and answer many questions about the case, such as whether she was forced or threatened to leave with him.

“At this point, we don’t believe she had anything to do with the murders,” he said.

At some point, Edwards asked the girl for sexual photos and she stopped communicating with him, Gonzalez said, but detectives don’t yet know when that happened or whether Edwards killed her family in retaliation.

Authorities believe Edwards parked his car in a neighbor’s driveway, drove up to the home and killed the family members before leaving with the girl on Friday. Officials have not yet determined how he entered the home, killed the victims or set the fire.

The bodies found in the Riverside home — about 50 miles (80 kilometers) southeast of downtown Los Angeles in a suburb of single-family homes where you can hear the loud roar of the freeway — have been identified as the girl’s grandfather and mother: Mark Winek, 69; Shari Winek, 65; and their 38-year-old daughter, Brooke Winek.

“No one could have imagined that a crime like this would happen to my family, to our family,” said Michelle Blandin, daughter of Mark and Sherry and sister of Brooke.

Blandin tearfully said her parents and sister “lived and loved selflessly.” The killing of Brooke, a single mother, means her daughters — a 15-year-old girl and her 13-year-old sister — are now motherless, Blandin said.

A wooden cross was boarded over the front window of a burned-out home on a Riverside cul-de-sac on Wednesday. Dozens of candles, bouquets of flowers and stuffed animals were placed on the sidewalk.

Edwards is a former Virginia state trooper and was a sheriff’s deputy in Washington County, Virginia at the time of the murders. Law enforcement officials there said he had not exhibited any troubling behavior, and no other employer disclosed any problems during the inspection. The Virginia State Police is conducting an internal review of his hiring process and tenure there.

Gonzalez called it “truly disgusting” to see anyone in law enforcement involved in such heinous crimes and wondered how he was hired by two Virginia agencies.

Police are also investigating whether Edwards used his law enforcement weapon or government laptop in the crimes.

A neighbor called police Friday to report Edwards’ red Kia Soul as a suspicious vehicle and said the girl appeared to be in distress and involved in a disturbance with a man, Gonzalez said.

Police were able to check the vehicle’s license plate and found that Edwards had filed a police report earlier this year about the Kia being vandalized, the chief said. The police report contained Edwards’ cell phone number, which allowed investigators to check his phone and quickly locate him in Southern California.

He engaged in a shootout with San Bernardino sheriff’s deputies and died of a self-inflicted gunshot wound, The coroner’s office said Wednesday.

Blondin said she last saw her parents and sister on Thanksgiving Day, the day before they were killed.

“We had a family discussion and it got heated about whether my mom’s brownies should be frosted or left plain,” she said. “I didn’t even know that on that day my husband and I would see our parents and sister for the last time.”

Blondin asked parents and guardians to use her family’s tragedy to start conversations about online safety.

“When you talk to your kids about the dangers of their online activities, use us as a reference,” she said. “Tell our story to help your parenting. Not from fear, but from the example of what happened.” 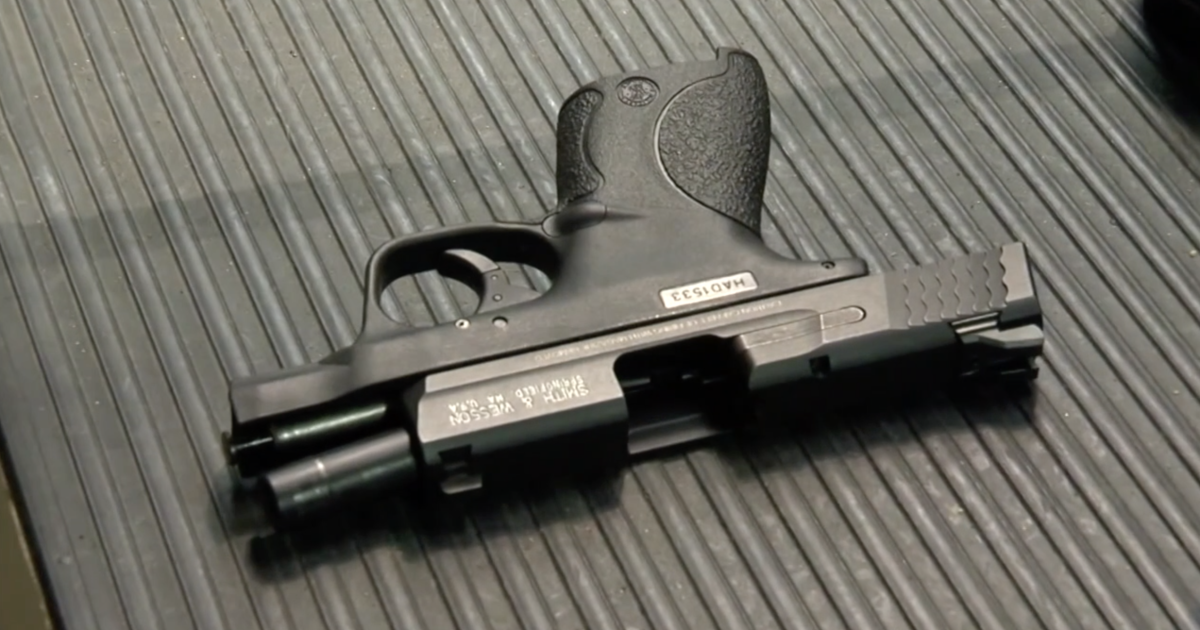 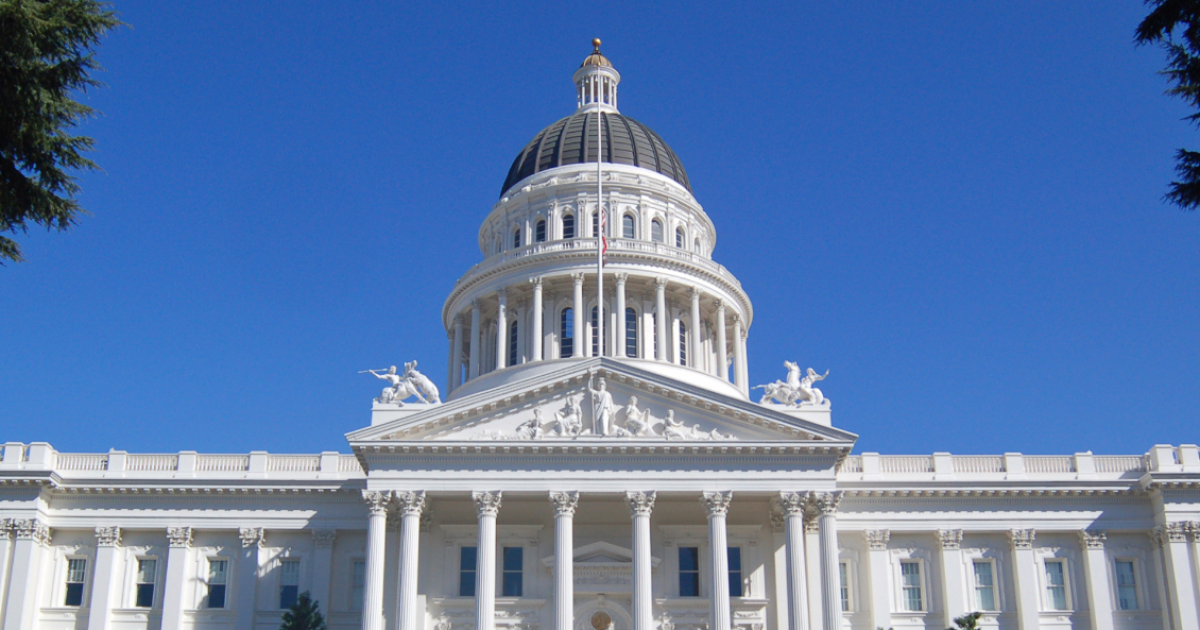