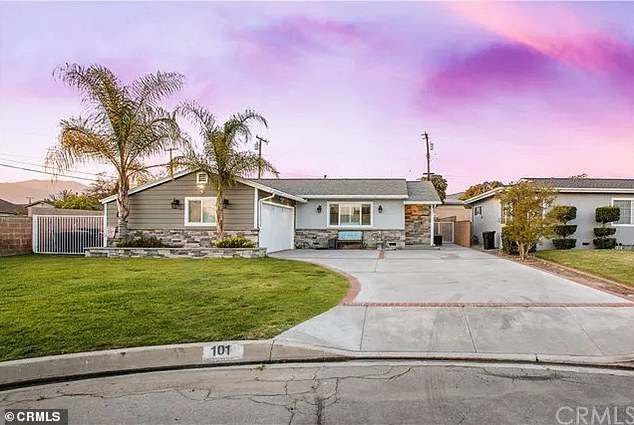 A home with an odd design that has sold in America for $1.16 million has left Australians baffled as the floor plan shows it has no corridor to connect the rooms.

Four bedroom home in Glendora, South East Californiawas sold last May, but has resurfaced on the real estate site.

In Australia, the house cannot legally be sold because one of the bedrooms is in the center of the house with no windows or access to natural light.

A $1.6 million house for sale in Glendora, southeast California, is causing an internet sensation because of its silly plan 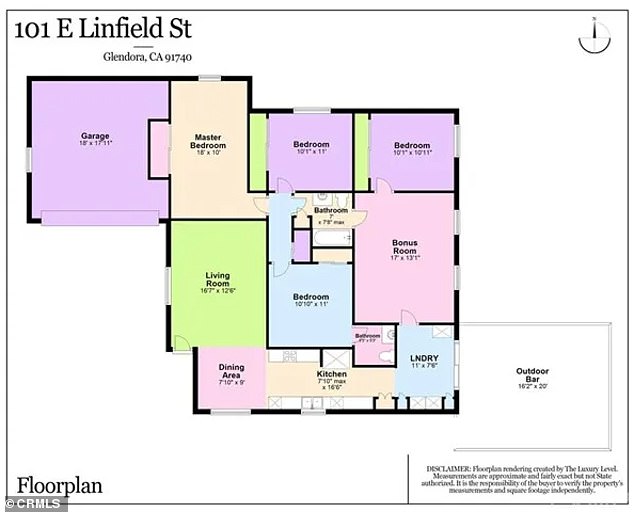 At least this interior bedroom is convenient for two bathrooms, unlike the living room, which, if the floor plan is accurate, requires you to bypass the house’s five exterior rooms when nature calls.

If you want to get to the master bedroom from the living room, you’ll need to go around the entire house, including through the kitchen, laundry room, oddly named “bonus room” and bathroom.

To get outside and take a dip in the pool and spa, you have to go through the laundry room.

In a maze-like structure, it is almost impossible to simply get from one room to another at the other end of the house without making long detours.

If someone were to stay in the central bedroom, the one without a window, they would have to walk through the bathroom, the extra room and the laundry room to get to the kitchen.

While the listing suggests that the second door to the living room was left out on the floor plan, it appears that it is, based on the interior photos. 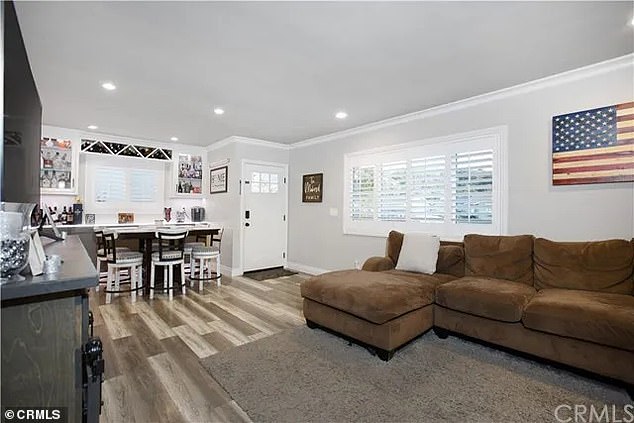 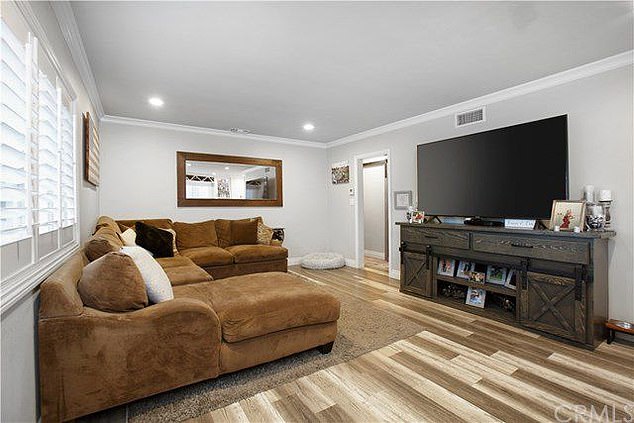 However, this shot of the living room shows that there is a doorway that is not on the plan 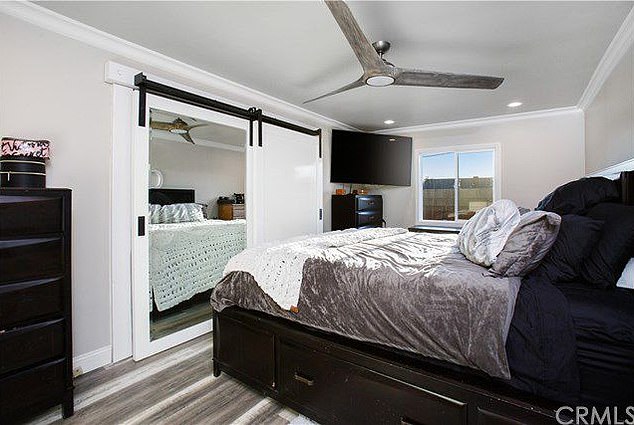 The master bedroom is not easily accessible from the other end of the house, if the floor plan is to be believed

The agents seem to acknowledge the home’s unusual design, calling it “highly customized” in the listing, which also describes the home as “gorgeous.”

“Wow!” the ad exclaims, a sentiment shared by a number of Twitter users commenting on the property, though perhaps not with the same intended meaning.

One Twitter user posted a floor plan with a suggested “handy map,” a route marked in red to follow from the living room to the front door, including exiting and re-entering the house.

“I fell very hard and I’m bleeding; Can you come into the master bedroom to help?’ 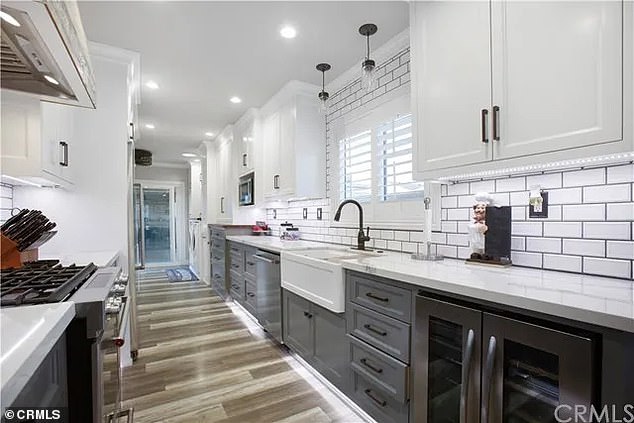 Due to the strange design of the house, the narrow kitchen could become a well-used walkway 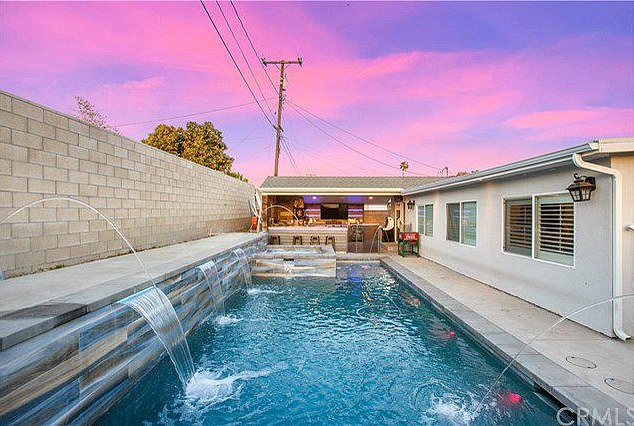 To access the outdoor pool and spa, people have to go through the laundry room 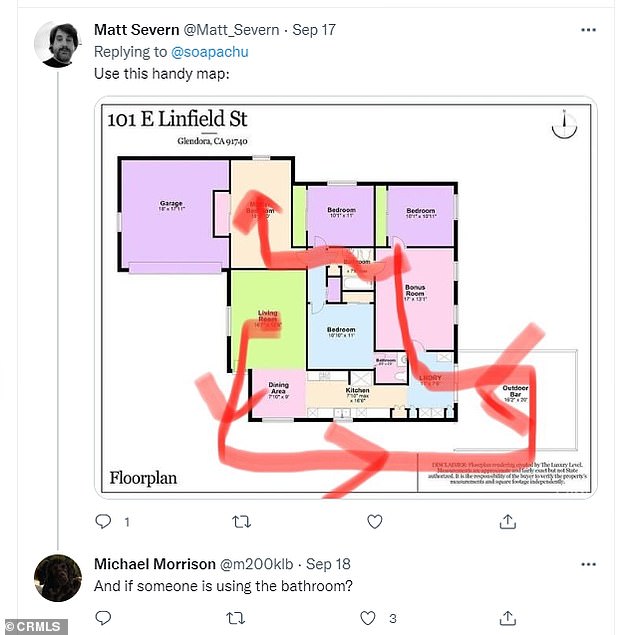 Another suggested that there might be some secrets in the house.

“3 bedrooms depend on a bathroom that can be moved to the kitchen/living room/bonus room. Does it have secret passages like Cluedo?

The classic board game, where players solve a mystery in a mansion in a maze, also inspired a response from a Twitter user who wrote: “I love the bonus room. How do you have the right to get there?”

“You have to roll a double-six or collect a lead pipe, a dagger and a candlestick,” was the Cluedo fan’s response.

One Twitter user lamented the thought of the middle bedroom dweller.

“It’s a one story house so I hope there’s a big mirror or something,” another user replied.

“This picture was in an earlier thread I saw and the real architect answered that there were double doors between the living room and the hallway,” was the reply. 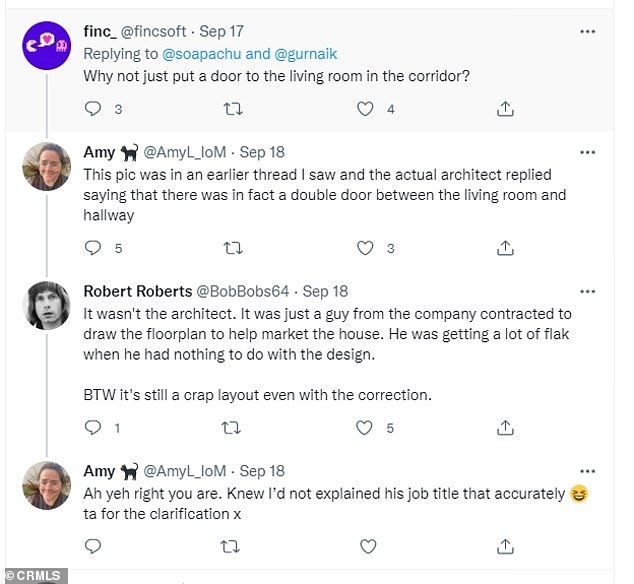 Some Twitter users thought the floor plan was missing the adjoining door.

“Why not just put the living room door in the hallway?” – asked one.

“It was not an architect. It was just a company guy contracted to draw a floor plan to help sell a house. He got a lot of flak when he had nothing to do with the design. BTW, even with the fix, it’s still crap.’ 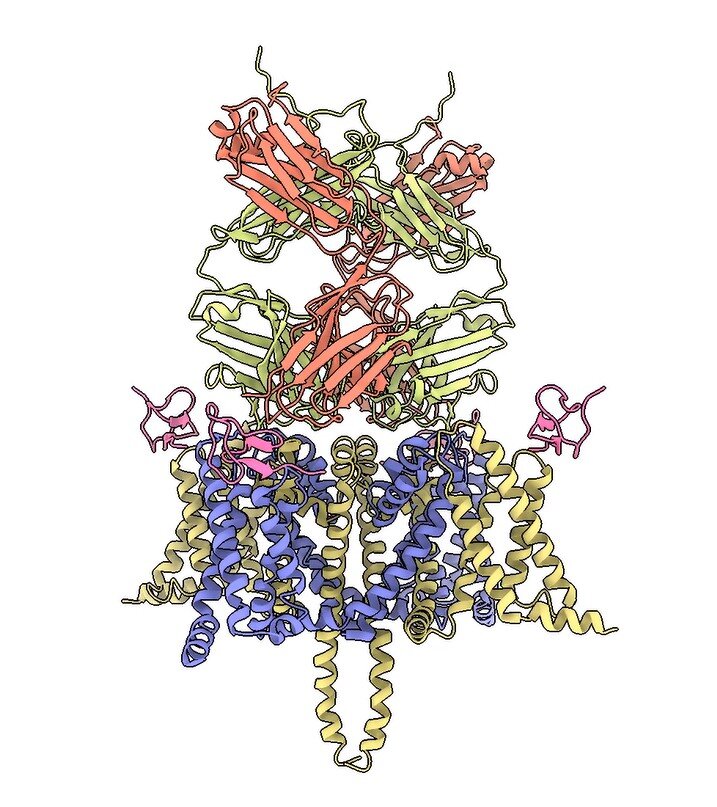