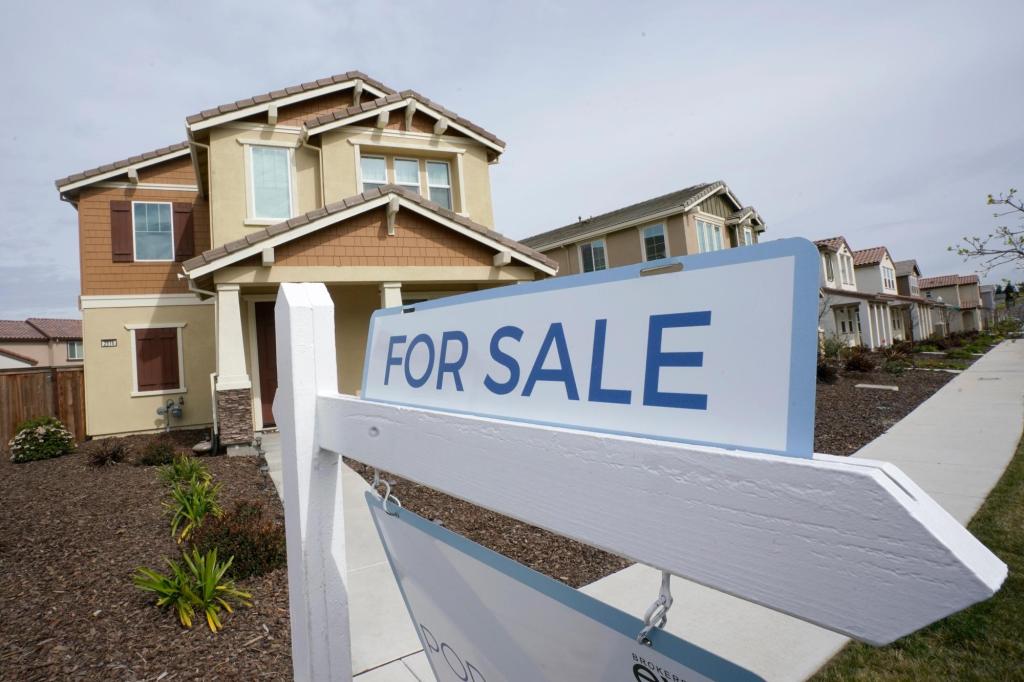 Stepping up its fight against chronically high inflation, the Federal Reserve on Wednesday raised its key interest rate by three-quarters of a point for the third time in a row, an aggressive pace that raises the risk of an eventual recession.

The Fed’s move raised its benchmark short-term rate, which affects many consumer and business loans, to a range of 3% to 3.25%, the highest level since early 2008. Policymakers have also made it clear they expect further growth by early 2023, raising rates much higher than they predicted in June.

The central bank’s action followed a government report last week that showed high costs were spreading across the wider economy, with spikes in rents and other services worsening even as some previous drivers of inflation, such as gas prices, eased. By raising borrowing rates, the Fed makes it more expensive to get a mortgage, car loan, or business loan. Consumers and businesses then presumably borrow and spend less, cooling the economy and slowing inflation.

Fed officials said they were looking for a “soft landing” that would allow them to slow growth enough to curb inflation but not enough to trigger a recession. Still, economists are increasingly saying they think the Fed’s sharp rate hikes will eventually lead to job cuts, higher unemployment and a full-blown recession late this year or early next year.

Chairman Jerome Powell acknowledged in a speech last month that the Fed’s moves would “hurt” households and businesses. And he added that the central bank’s commitment to reduce inflation to the 2% target was “unconditional”.

Falling gas prices have slightly dampened overall inflation, which was still a painful 8.3% in August compared to a year earlier. Lower gas prices may have contributed to a recent boost in President Joe Biden’s approval ratings, which Democrats hope will boost their prospects in November’s midterm elections.

Short-term rates at the level the Fed is now projecting would make a recession more likely next year by sharply increasing the cost of mortgages, auto loans and business loans. The economy hasn’t seen rates as high as the Fed predicts since the 2008 financial crisis. The average fixed mortgage rate topped 6% last week, a 14-year high. Credit card borrowing costs are at their highest level since 1996, according to Bankrate.com.

Inflation now appears to be driven more by rising wages and sustained consumer spending, and less by the supply shortages that plagued the economy during the pandemic recession. However, Biden told CBS’ “60 Minutes” on Sunday that he believes a soft landing for the economy is still possible, suggesting that his administration’s recent energy and health care legislation will lower drug and health care prices.

Some economists are beginning to worry that the Fed’s rapid rate hike — the fastest since the early 1980s — will do more economic damage than is necessary to tame inflation. Mike Konchal, an economist at the Roosevelt Institute, noted that the economy is already slowing and that wage growth — a key driver of inflation — is leveling off and, by some measures, even declining slightly.

Polls also show that Americans expect inflation to ease significantly over the next five years. This is an important trend because inflationary expectations can become self-fulfilling: if people expect inflation to ease, some will feel less pressure to speed up their purchases. In that case, lower costs will help keep prices from rising.

Chancellor said there is a case for the Fed to slow rate hikes over the next two meetings.

“Given the rapid cooling,” he said, “you don’t want to rush it.”

The Fed’s rapid rate hike mirrors steps taken by other major central banks, fueling fears of a potential global recession. The European Central Bank last week raised the base rate by three quarters of a percentage point. The Bank of England, the Reserve Bank of Australia and the Bank of Canada have raised rates significantly in recent weeks.

And in China, the world’s second-largest economy, growth is already suffering from repeated government COVID lockdowns. If a recession hits most major economies, it could derail the US economy as well.

Even with the accelerated pace of Fed rate hikes, some economists — and some Fed officials — argue that they have yet to raise rates to a level that would effectively limit borrowing and spending and slow growth.

Many economists are convinced that mass layoffs will be needed to slow the rise in prices. A study published earlier this month by the Brookings Institution concluded that the unemployment rate could reach 7.5% to bring inflation back to the Fed’s 2% target.

According to a study by Johns Hopkins University economist Lawrence Ball and two economists at the International Monetary Fund, only such a sharp decline could reduce the growth of wages and consumer spending enough to cool inflation.

Again, Blake Snell is good enough to get the win in the Padres loss