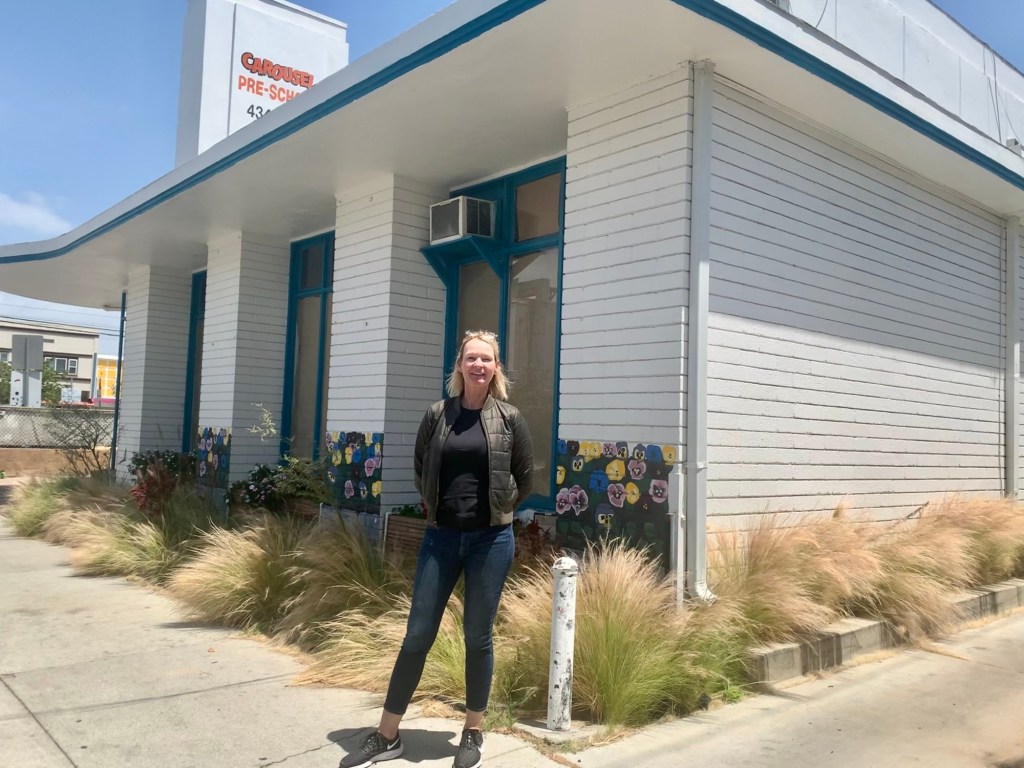 The Streamline Moderne-style building at 366 Cherry Avenue, on Fourth Street, which has served as a children’s center since 1951, will soon be converted by restaurateur Kerstin Konsteiner into a diner.

With the support of property owners. Scott and Leslie Ross, Konsteiner’s vision is to combine the Portfolio and Berlin cafés into a café that serves breakfast, lunch and dinner. Construction is scheduled to begin this summer.

Virgin Orbit has announced its next launch, Straight Up, a title inspired by the eponymous hit by Paula Abdul of the 1980s. The rocket recently left the rocket plant in Long Beach and arrived at the Mahave aerospace port in preparation for the company’s first night mission.

“Virgin Orbit has been growing“ straight up ”since we started commercial launch operations 18 months ago,” Virgin Orbit CEO Dan Hart said in a press release.

Long Beach City Auditor Laura Dood and her audit team of Hannah Gardener and Stephanie Harper received the award, where judges named the audit of the library system office the best in 2021. This is the eighth Association of Local Government Auditors (ALGA) Knight Award, received by the Office of the City Auditor Lori Dowd.

“This performance audit underscores the value of an independent review that identifies areas for improving the library to better understand the social, cultural, educational and economic needs of each diverse community it serves, and to use that understanding to define the library’s strategic goals and services.” said Dood in a press release.

The Port of Long Beach Public Grants Program has been recognized for its sustainability efforts.

The Association of Government of Southern California (SCAG) has recognized the work of an initiative worth more than $ 65 million to mitigate the port’s impact on local areas.

The grant program was created to help those most vulnerable to port impacts. To date, $ 31.5 million has been allocated.

“One of the ways we stand out from competing ports is to reduce the impact of ports in innovative ways,” said Long Beach Harbor Commission President Stephen Neal in a statement. The annual SCAG award was in the “Promotion” category. According to a port press release, SCAG honors projects that promote justice and promote healthy, viable, sustainable and economically sustainable communities that are traditionally marginalized, vulnerable and / or underrepresented. Learn more at www.polb.com/grants.

Farmers & Merchants Bank (F&M) has officially opened its new branch in Lakewood at the intersection of Del Amo and Lakewood Boulevards. F&M has had an office in Lakewood since 1996.

F&M has acquired the 6-story former Chase Bank office building at 4909 Lakewood Blvd. in 2019. The 2-hectare building with 68,868 square feet of office space was purchased for $ 10 million. F&M has invested in the reconstruction of the property.

Southland Credit Union has opened a branch on campus at the University of California, Long Beach.

First, the Credit Union sponsored the women’s basketball team, then they signed a multi-year sponsorship deal with the Athletics Division.

They currently sponsor a variety of activities and programs throughout the university. It is the eighth branch of Southland and it is open on weekdays from 8am to 5pm

In honor of National Hamburger Day on Saturday, May 28, Dog Haus Biergarten Long Beach is selling seven of its most popular burgers for $ 5. The restaurant is located at 210 E. Third St.

The kitchen of the bungalow at 2nd & PCH has transformed its breakfast into a brand new menu with prizes.

The two-course menu, available on Saturdays and Sundays, from 10 a.m., costs $ 39 per person, which includes a choice of one snack and one first course. For more information, visit www.bungalowkitchen.com,

The Bamboo Club, 3522 E. Anaheim St., has added three brand new menus, each focusing on the different flavors of rum from the Caribbean, Hawaii and Latin America. 12 new daikers join the list of cocktails The Bamboo Club, which introduces customers to rum distillers from around the world.

Mendocino Farms, located in the ghost kitchen at 1388 Daisy Ave., added three time-limited dishes – a backyard chicken salad, a BLT summer heirloom and a Summer Street cornbread chicken sandwich on May 10th. Items will be available for delivery and pickup.