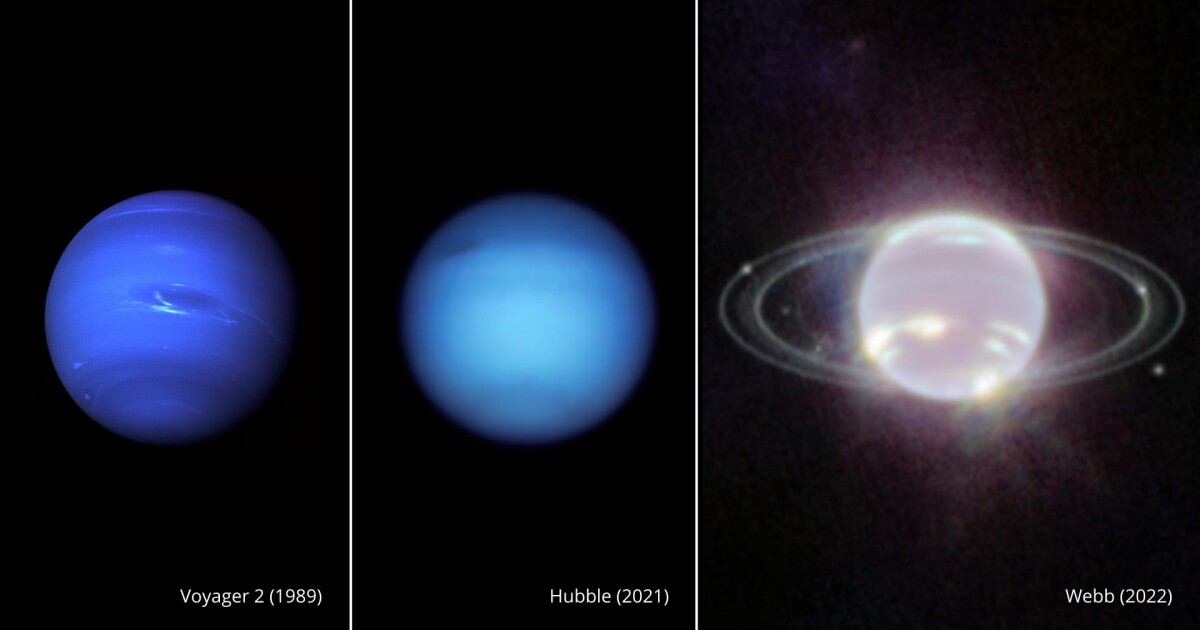 The James Webb Space Telescope (JWST) has revealed the first image of Neptune in decades, showing the icy giant planet and its icy rings in extraordinary detail in space.

This is the best picture of the planet’s ice rings in 32 years, respectively to the Association of Universities for Research in Astronomy (AURA).

AURA planetary scientist Heidi Hummel said: “It’s been three decades since we last saw these faint dust lanes, and this is the first time we’ve seen them in the infrared.”

The blue color is caused by methane in the planet’s atmosphere, This is reported by Space.com.

Astronomers said that compared to other gas giants such as Jupiter and Saturn, Neptune is much “richer in elements heavier than hydrogen and helium. This is clearly visible in Neptune’s characteristic blue color Hubble Space Telescope images at visible wavelengths caused by small amounts of methane gas.’

0
Previous post More than 45,000 Fords cannot be sold due to missing parts
Next post Tesla or SpaceX – Elon Musk responds to #shorts