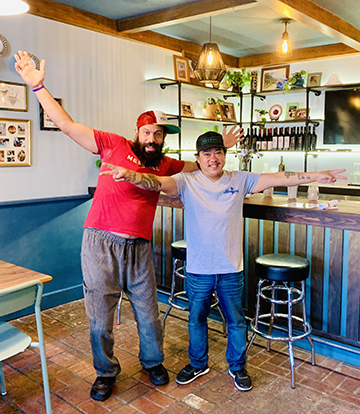 “A backyard should be just that — a backyard,” Ko said in the release. “We want guests to feel like they’re walking into a loved one’s home and enjoy that comfortable, relaxed feel.”

Is there an echo?

Ecco’s Pizza is becoming District 4 Pizza. Owner Ian Moston of the famous Kennedy’s Craft Kitchen has begun the renovation process, and he said in a text that they hope to open in early 2023.

Best in the West

“To be named the West Coast’s Best Seaport in North America for the fourth time is a fantastic honor,” Port of Long Beach Executive Director Mario Cordero said in a release. “I would like to thank our quayside workforce and industry stakeholders who work around the clock to keep cargo moving in an environmentally friendly way.”

“We would like to thank Asia Cargo News and its readers for the award; it is an honor to be recognized and we are proud to continue to be a satisfied supply chain partner while remaining committed to environmental sustainability,” Harbor Commission President Sharon L. Weissman said in the same release.

Last November, Long Beach entrepreneur Ryan Chura opened a boutique creative agency and called it Dorothy. The title comes from his “love of The Wizard of Oz and how Dorothy, through heart, mind and courage, guides people to find their best selves,” according to a social media post.

His team is currently working with Mobil 1 to transport a giant statue of the Silencer Man along Route 66 and plans to enter the Guinness Book of World Records three times along the way.

The first record – “The most milkshake flavors in the world” by creating 266 different flavors – has already been achieved. Mobil1 is sponsoring two more Guinness World Record breaking events on Route 66: the World’s Largest Corn Dog on September 24 at the Clown Dog in Albuquerque, New Mexico, and the World’s Largest Dog Drive In on October 9 in Litchfield, Illinois at Litchfield Skyview Drive In.

The events aim to collect 66,000 signatures in support of Route 66 small businesses by promoting the campaign to designate the route as a National Historic Trail. To sign the petition, go to www.keep66kickin.com.

Bamboo Club on Anaheim Street has added four new tacos to its menu, and they’re only available on Tuesdays. All are served à la carte on corn fritters and start at $2.50 each. The tacos are vegan homemade soy sauce, vegetarian cheesy mashed potatoes, tempura grouper and glazed pork belly. 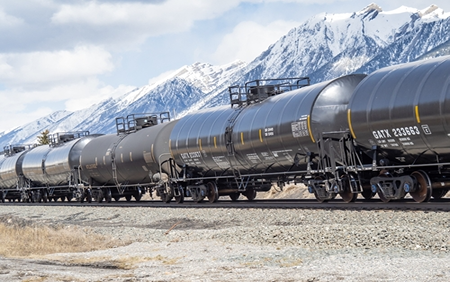 Next post PBFX Stock: Bank on the Resurgent Energy Market