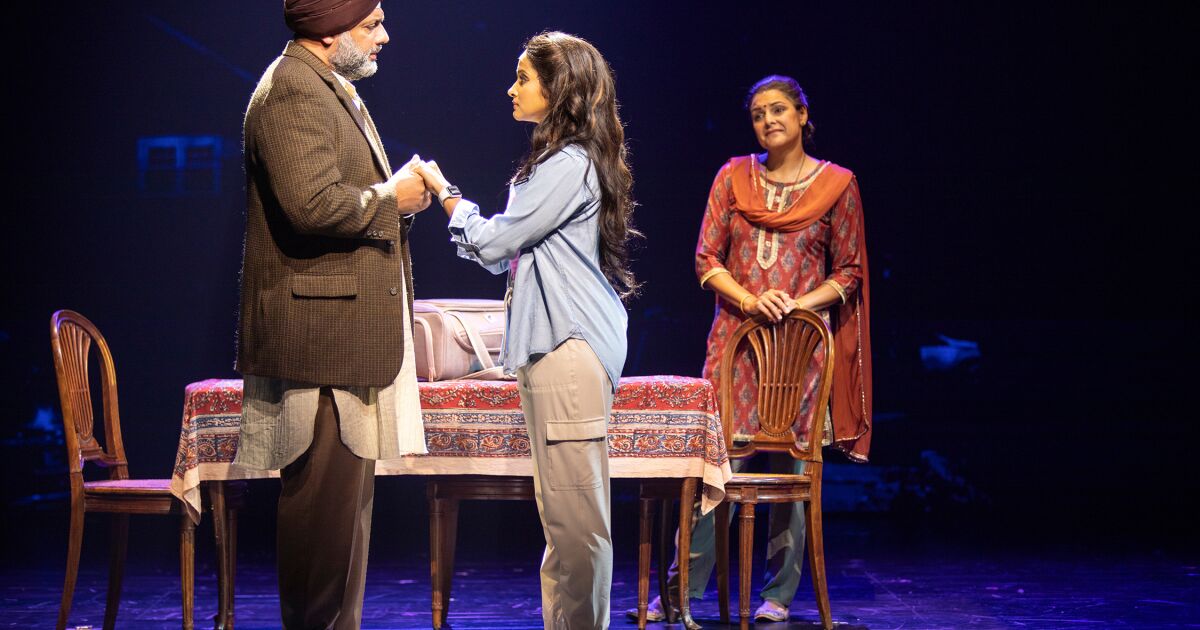 The Old Globe has announced a one-week extension to the world premiere of Come Fall in Love — The DDLJ Musical. The musical, inspired by the Bollywood film, will run until October 23. Tickets went on sale on Sunday.

The Globe is co-producing the musical with Yash Raj Films, which is headed by Indian film producer Aditya Chopra. For the musical, Chopra worked with Broadway writer Nell Benjamin to adapt his 1995 film Dilwale Dulhania Le Jayenge, better known to fans as DDLJ, for the stage. The musical features a score by Indian songwriting team Vishal Dadlani and Shekhar Ravjiani. Chopra’s ultimate goal is to produce a musical on Broadway.

“The demand for tickets has been tremendous, and in response, the Globe is thrilled to extend the series,” Barry Edelstein, the Globe’s artistic director, said in a statement.

Bonitafest Melodrama has been rescheduled for October 5th

For fans eagerly awaiting Bonitafest Melodrama’s return to live performances after a two-year hiatus due to the pandemic, the wait just got a little longer.

The show’s writer-director Max Branscombe was forced to cancel the interactive show’s originally scheduled screenings for audiences on September 21-24 due to a COVID outbreak among the cast. New show dates are 7:30 p.m., Oct. 5-8 at the Sweetwater Community Theater, 5305 Sweetwater Road, Bonita.

The Bonitafest melodrama was founded in 1978 and has been performed every year since, with each year creating a new story based on real-life San Diego County historical events. During the pandemic, Branscomb kept the show going as an audio recording. Tickets are $20. For details, call (619) 850-7126 or visit facebook.com/bonitafestmelodrama.

Desha Crownover, the longtime artistic director of San Diego Junior Theatre, has announced plans to leave the organization at the end of this year to pursue other artistic ventures.

She joined the organization 25 years ago as a teacher and director. Since 2007, she has been the artistic director of the company. Jimmy Saba, executive director of SDJT, praised Crownover’s work in helping young actors find confidence and an inner voice.

“Whether in the casting process, picking a season, attending a staff retreat, or speaking before a show, Desha has remained a steadfast champion for the underdog, a voice for the underdog, and a cheerleader for anyone in need of a vote of confidence. “, Saba’s statement says.

“Her warmth, sincerity and gentleness transformed some of the most fearful young souls into confident young actors and crew members. Desha’s investment in the program is significant and that legacy will live on. Her work over the past two decades will reverberate for decades to come.”

Company officials say Crownover’s accomplishments over the past quarter-century have included forming partnerships with the Coronado Playhouse and Halau O Na Ali’i, a cultural preservation group in Hawaii. She has also worked with Disney Theatricals to produce pilot productions of new musicals, including “Newsies Jr.” and “Moana Jr.” on the SDJT stage. She led SDJT’s creation of its core values ​​of empathy, identity, sustainability, community and responsibility. And she was an advocate for diversity, equity and inclusion.

“For more than two decades, it has been my honor to share my passion for theater education with countless students, artists and families. I am so grateful to the Junior Theatre, staff, students and parents who made this experience so rich and rewarding,” Crownover said in a statement.

The search for Kraunover’s successor is underway.

Single tickets for “Hamilton” are on sale.

Broadway San Diego has opened tickets for the national touring production of Lin-Manuel Miranda’s Hamilton for its second run at the San Diego Civic Theater from November 9-20.

Because “Hamilton” — which won 11 Tony Awards in 2016, including Best Musical, Best Book and Best Score — was a hot ticket for early-bird season subscribers, only a limited run remained. number of tickets. Best ticket availability is later in the series. Ticket prices are dynamic, but last week they started around $79 for balcony seats and went up to $229 for orchestra seats. The musical, inspired by Ron Charnow’s biography of Alexander Hamilton, is known for its rap-infused lyrics, innovative staging and choreography, and a diverse cast.

Cragen writes about theater for the San Diego Union-Tribune. Email her at pam.kragen@sduniontribune.com.

California prosecutors say a 66-year-old man has been charged in connection with the shooting of an unarmed man who was...

A California a couple rescued a man who got lost in the mountains for two weeks and survived on only...

A family's 15-year-old German shepherd jumped into what appeared to be a sinkhole near their California home, officials and several...

"Hollywood Cat," the California mountain lion known as P-22 who killed two dogs and was behaving strangely, must be captured,...

LOS ANGELES (AP) — A mountain lion that biologists had been tracking in the mountains near Los Angeles gave birth...